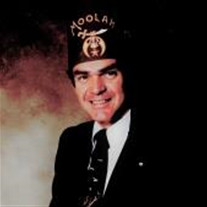 William “Bill” Britton, 85, of Dittmer, MO (formerly of Creve Coeur, MO) passed away Tuesday, June 11, 2019. Bill spent his childhood living next to what is now Grant’s Farm. He often tagged along with his father, Art Britton, when Art sold horses and mules to Gussie Busch. Bill loved to ride his bike and ice-skate on the Busch property where everyone knew him. Bill met his wife, Marilyn, when he was visiting a friend at the University of Missouri—Columbia, with another friend. They saw 3 girls playing catch, and his outgoing friend soon started talking to the girls. They ended up spending the afternoon all talking, and after the girls left, Bill noticed that Marilyn had left her ball glove behind. He took it to the House Mother of the sorority along with a note signed “Bill,” with a large squiggly “Z” under it. Bill soon called Marilyn for a date. He thought it was funny that she thought his last name began with a “Z.” Bill proposed to Marilyn at the Parkmore Restaurant, and they married on April 3, 1954. They were happily married until Marilyn’s death on Feb. 17, 2011. Bill joined the Coast Guard on July 21, 1953, and served on board the White Pine. He was a buoy tender based in Memphis and worked on the Mississippi River between Memphis and St. Louis. He also was a Paymaster with the St. Louis office and handled pay records for about 500 Coast Guard employees. Bill attained the rank of Storekeeper Second Class. He was honorably discharged in July 1957. He subsequently served 4 years as a Reserve until July 20, 1961. Prior to joining the U.S. Coast Guard, Bill was employed with the Federal Bureau of Investigation in St. Louis as a civilian clerical employee and radio operator. Bill also spent 8 years working as a Claims Adjuster for Allstate Insurance Company. Bill joined his father in the Art Britton Auction Sales in 1962 as a licensed Auctioneer specializing in commercial auctions. His wife, Marilyn, also worked in the family business. He sold many St. Louis area restaurants, car dealerships, Wal-marts, Woolworths, and other businesses. He even sold the “Swooper” at the Chain of Rocks Amusement Park in 1978. The Swooper was a rectangular Ferris Wheel that was built in 1929. Bill also served the City of Creve Coeur as a Councilman for Ward II for approximately 20 years. He ran for Mayor in 1974 and lost by a very narrow margin. He was a member of the Creve Coeur Area Chamber of Commerce, Rose Hill Masonic Lodge #550 in Creve Coeur, a 32 degree Masonic member of the Scottish Rite, a member of the Moolah Shrine Temple, and the Creve Coeur Scottish Rite Club. Bill belonged to the Reception Committee of the Shriners in St. Louis. He often donned his clown costume in the Shrine Circus Parade and sold ads for the circus catalog. He enjoyed seeing the happy faces of the children along the parade route. Bill conducted many charitable auctions for the girl and boy scout troops, for churches, and for the Boys Town Kaleidoscope Benefit. He even traveled to the Cayman Islands each year for many years to conduct charity auctions. Bill attended Sappington Elementary School, Kirkwood High School, and Miami University at Coral Gables, Florida, and Washington University. He is survived by three sons: Randy Britton and wife Kathy of Union, MO, Scott Britton and wife Kim of Dittmer, MO, and Eric Britton of Lesterville, MO; seven grandchildren and eleven great-grandchildren; other relatives and friends. Graveside funeral services will be held Friday, June 14, 2019 at 10:00 AM at the Bellerive Gardens Cemetery in Creve Coeur, MO. Burial with full military honors will follow. Memorial donations may be made in honor of Mr. Britton to Shriners Hospitals for Children. The Britton family is served by the Oltmann Funeral Home in Washington, MO.

The family of William "Bill" Kay Britton created this Life Tributes page to make it easy to share your memories.

Send flowers to the Britton family.