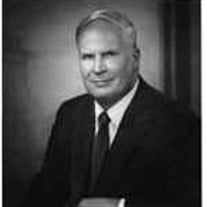 Niemann, Thomas J., fortified with the Sacraments of Holy Mother Church, Tuesday, January 22, 2019, at home, surrounded by his loving family. Beloved husband of 55 years of Barbara Fulton Niemann; cherished father of Laura Niemann, Ken (Margee) Niemann, Tom (Chandy) Niemann, Jim Niemann, and Susan (Vince) LoPiccolo; proud grandfather of Maggie, Alex, Jack and Drew Weber; Cameron, Allie and Nicholas Niemann; Danielle and T.J. Niemann; and Geoffrey and Samantha Camfield; dear son of the late Oscar J. Niemann and Margaret Sullivan Niemann; dear brother of the late Jack Niemann; dear brother-in-law, cousin, uncle and friend. After graduating from CBC High School in 1947, Tom earned Bachelor’s and Master’s degrees in Commerce and Finance from St. Louis University, and served in the MO National Guard and as a Lt. Colonel in the U.S. Coast Guard Reserve. Tom then spent over 40 years as a certified public accountant with Touche Ross/Deloitte, retiring as partner-in-charge of audit. Tom was committed to serving his profession and community, including as President of the Missouri Society of CPAs, member of the National Association of Accountants, member of the Committee on Relations with the Civil Aeronautics Board of the American Institute of CPAs, Villa Duchesne Board of Trustees, Our Lady of the Pillar Finance Committee, and Washington University-Newman Center Board. Tom was the consummate Lasallian ‘Man for Tomorrow’. Visitation will be held at 9:00 am on Friday, January 25, 2019 at Bopp Chapel, 10610 Manchester Rd., Kirkwood, followed by a funeral Mass at 11:00 am at Our Lady of the Pillar Catholic Church, 411 South Lindbergh, Frontenac. Private burial to follow. Donations in Tom's memory can be made to St. Louis Abbey or the White House Jesuit Retreat.

The family of Thomas J. Niemann created this Life Tributes page to make it easy to share your memories.

Niemann, Thomas J., fortified with the Sacraments of Holy Mother...

Send flowers to the Niemann family.