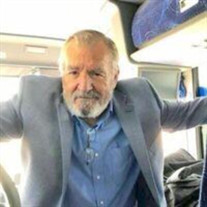 Robert “Bobby” Bryant Plager was born in Kirkland Lake, Ontario on March 11, 1943. He reunited with his brothers Barclay and Billy in heaven on March 24, 2021 at age 78. He was also welcomed by his parents, Gus and Edith Plager Carrying on Bobby’s legacy are his daughter, Melissa Plager Briggs, son, Bobby, Jr., and son-in-law David Briggs. He was the wise, loving, and fun ‘Coach’ (and grandfather) to Jacob and Katie Briggs. They could always count on ‘Coach’ to make their busy, hectic days brighter, whether at hockey practice, lacrosse, dance, playing golf, or just in the back yard on the trampoline. Some of their favorite memories were their annual trip to go watch the Blues play. Sisters-in-law Helen and Donna and all the Plager nieces and nephews know that Bobby left them a legacy of love, the greatest gift one generation can leave the next. His extended family of 682 players, 25 coaches, numerous scouts, staff and management of the St. Louis Blues will never forget his lesson that “We All Bleed Blue”. His unsurpassed pride in the Blue Note will remain forever. An original St. Louis Blue, during the 1967 inaugural season, Bobby assisted on the first goal, and naturally received the first penalty. Hundreds of thousands of fans have marveled at his on-ice fortitude - highlighted by his hallmark hip check. Bobby was the only witness to the entirety of the St. Louis Blues history. Simply put - he is the legend. Upon his retirement from playing, he served any and every role requested by his beloved Blues - player/coach, coach (including Coach of the Year honors and Turner Cup Championship with the Blues’ affiliate - the Peoria Rivermen), scout, director of scouting (when he developed the concept of advance scouting opponents), Vice President of player development, broadcaster, and ambassador. He engaged everyone he met - the entire St. Louis and NHL communities - with his quick wit and wonderful sense of humor. He was an eloquent storyteller. His passionate loyalty taught every Blues’ player that the name on the back of the jersey means nothing compared to the crest on the front. The St. Louis Blues will hold a public visitation for the legendary Bobby Plager on Friday, April 16 at Enterprise Center. Fans wishing to pay their final respects can enter the arena at the main entrance at 14th & Clark Avenue and proceed to the arena floor beginning at 4 p.m. on Friday. The public visitation will end at 8 p.m. Fans will be required to follow Enterprise Center health and safety protocols for the visitation, which includes face masks being worn at all times, no bags or purses and proper social distancing. On Sunday, April 18, the Blues will host a Celebration of Life service for Plager at 2 p.m. The event is closed to the public but will be streamed live at stlouisblues.com and on the Blues official YouTube channel. Fans can watch the service on any connected device with a YouTube app, including Apple TV, Roku, Amazon Fire TV Stick and iOS, Android and more. The service will include tributes from Hall of Fame players, coaches and legendary broadcasters, as well as speeches from family, friends and former teammates. Following the service at approximately 3:30 p.m, a police escort will lead a procession from Enterprise Center towards Market Street, traveling the same route as Plager's beloved Stanley Cup championship parade. Fans are encouraged to stand along Market Street for a finale salute to Plager before the procession continues on to Bellerive Gardens Cemetery for a private burial. Fans can share their memories and tributes to Bobby Plager by posting to Twitter and Instagram using #stlblues. Tributes will be shared in our online memorial at stlouisblues.com/bobby To honor the life of Bobby Plager, donations may be made to the St. Louis Blues Alumni - Plager Fund, 1401 Clark Avenue, St. Louis, MO 63103. Donations will be split between the Blues Alumni Assistance Fund and Blues for Kids for Minor Hockey. https://stlbluesalumni.com/ The family is grateful to the St. Louis Police Department for their quick and immediate response, along with the doctors and staff at BJC’s Emergency Department and naturally the St. Louis Blues’ organization. “Our joys are greater and our lives are fuller because we shared your moments, Bobby.” Author unknown A service of the SCHRADER Funeral Home and Crematory. Friends may sign the family's on-line guestbook at Schrader.com.

Robert &#8220;Bobby&#8221; Bryant Plager was born in Kirkland Lake, Ontario on March 11, 1943. He reunited with his brothers Barclay and Billy in heaven on March 24, 2021 at age 78. He was also welcomed by his parents, Gus and Edith Plager Carrying... View Obituary & Service Information

The family of Robert "Bobby" Bryant Plager created this Life Tributes page to make it easy to share your memories.

Send flowers to the Plager family.