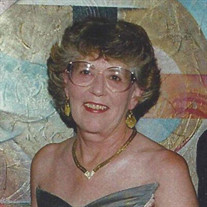 Hutchins, Phyllis Joan (nee McMullen), passed away, Tuesday, March 22, 2022. Beloved Wife of the late Sidwell Hutchins; Loving Mother of Tracie (Wayne Vicknair) Hutchins, Susan Crutcher, and Melissa Hutchins; Dear Grandmother of Elizabeth (Adley) and Iris Lemke, Grant Crutcher, Dylan (Ally) and Adam Vicknair; Great-Grandmother of Teo and Luca Vicknair. Phyllis Hutchins called Phillipsburg, Kansas her home town. As a girl, she was an accomplished musician, tennis player, drum majorette, Girl Scout and basketball player. She was also a member of the Honor Society, a Homecoming queen, a participant in the Miss Kansas pageant, acted in plays and was in the rodeo band. Phyllis was a graduate of Kansas State University, with a degree in music education, where she was member of Pi Beta Phi, directed the Wildcat’s marching band and the local chapter of PEO. Phyllis met her high school sweetheart, Sidwell Hutchins, in Phillipsburg and they were later wed on June 5, 1955 in a ceremony officiated by her grandfather, D. B. Magee. They lived in Washington, California, Manhattan, Kansas, Texas, Colorado, and Missouri. She was an excellent seamstress, worked as an accountant, taught piano, continued to be active in PEO and served as president of her chapter, enjoyed bridge club, served in local government, led a Brownie troop, played tennis and golf, participated in garden clubs and cultivated amazing plants and flowers of her own. She was an avid sports fan throughout her life, especially college basketball. Phyllis and Sid maintained The Mountain Hutch in Divide, Colorado as a vacation home and traveled extensively, with 60 trips to 48 different countries. They immensely enjoyed entertaining and spending time with family and good friends. They collected antiques and adored their beloved pets. Even in her assisted living facility, she continued to be nurturing to newcomers and remained active. She had a spectacular life! Services: Visitation at the SCHRADER Funeral Home and Crematory, 14960 Manchester Road at Holloway, Ballwin, Monday, 12:00 - 2:00 p.m. Interment Bellerive Gardens Cemetery. In lieu of flowers, contributions may be made to The Missouri Botanical Garden. Friends may sign the family’s on-line guest book at Schrader.com.

The family of Phyllis J. Hutchins created this Life Tributes page to make it easy to share your memories.

Send flowers to the Hutchins family.