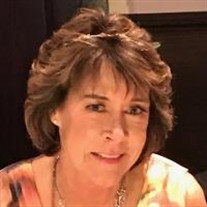 Kimberly Jeanne (Waite) Cason-Stevermer, 60, passed away suddenly and peacefully in her home surrounded by her immediate and loving family in Shawnee, Kansas the evening of Thursday, June 13th. She was born January 20th, 1959, in St. Louis, Missouri to Ladonne Roth Waite and Robert Waite. Kimberly pursued teaching special education at the University of Missouri. She received a Master of Arts in Reading Education. January 2nd, 1985, she gave birth to her son Nicholas. She taught seventh-grade special education in the Raytown School District for twenty-six years. In 2011, she buried her son close to where she grew up in St. Louis, Missouri. In 2013, she retired from teaching in Lee’s Summit, Missouri, and continued to substitute teach in the Lee’s Summit School District. She loved her calling as a teacher. She and Kim Owen were married September 23rd, 2018 in Kansas City, Missouri. She is predeceased by her son Nicholas Robb Smith, and her mother Ladonne Roth Waite. She is survived by her loving husband Kim Owen Stevermer, her stepchildren Owen, Gene, and Klara Stevermer, her father Robert Wayne (Bud) and her stepmother Margaret Waite. Also surviving are her brother and wife Kelly and Sally Waite, her sister and husband Libby and Hoke Fisher, her four nephews and four nieces, and her three great-nieces and great nephew. Services: A visitation and prayer service will be held at Amos Funeral Home in Shawnee, Kansas from 5 p.m.-8 p.m. on Tuesday, June 18, 2019. To conclude the visitation a memorial prayer service will begin at 7:30 p.m. There will be a visitation at Schrader Funeral Home and Crematory, 14960 Manchester Road at Holloway, Ballwin, Missouri, on Thursday, June 20, 2019 from 10 a.m. until time of service at 11:30 a.m. Immediately following the service will be a procession to Bellerive Gardens Cemetery, Creve Coeur, Missouri. Kimberly will be laid to rest beside her son Nicholas. If desired, contributions may be made to St. Jude Children’s Research Hospital. Friends may sign the family’s on-line guestbook at Schrader.com.

Kimberly Jeanne (Waite) Cason-Stevermer, 60, passed away suddenly and peacefully in her home surrounded by her immediate and loving family in Shawnee, Kansas the evening of Thursday, June 13th. She was born January 20th, 1959, in St. Louis,... View Obituary & Service Information

The family of Kimberly Jeanne Cason-Stevermer created this Life Tributes page to make it easy to share your memories.

Send flowers to the Cason-Stevermer family.