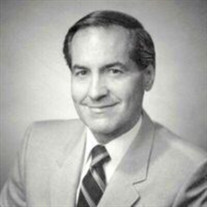 Levasseur, Joseph Leo, 91, passed away Friday, March 26, 2021, following a long illness. Cherished son of the late Armandine (Joseph) Patci and the late Phillip Levasseur. Beloved husband of Ann Levasseur (nee Pipitone). Loving father of Diane (Jan) Levasseur Sheehan and Brian (Diana) Levasseur and step-son Stephen (Sally) Frey and Annette (Rich) White. Dear grandfather of Jennifer Sheehan, Claire Sheehan and Ryan Levasseur and step-grandson Samuel Frey. Brother of Esther (the late Don) Saens and Anita (Bob) Beall and half-brother of Irene Woodside and Raymond Patci. Uncle to many dear nieces and nephews, and friend to many. Born and raised in Connecticut, Joe eventually left to join the Air Force, where he became a valued radar instructor. He then moved to St. Louis, where he met and married Laverne M. McCarthy, who passed away in 1990. In St. Louis, he started a successful television repair business. He also became a self-taught expert in the growing field of electronics, and was soon obtaining patents for many inventions. Eventually, he became vice-president of a new subsidiary of Coin Acceptors, an internationally renowned manufacturer of vending machine electronics. He soon became executive vice-president of the entire organization, where his talent and skills led to numerous patented inventions. In 1976, he married Ann Frey, to whom he was deeply devoted. Together, they became active members in their church and were involved in Christian mission work in our region and throughout the world, including Africa and Russia. He initiated many of those projects. He also was an active member of the Full Gospel Business Men’s Fellowship. One of his most significant projects was Reach Out America-Life Education, a drug abuse prevention program that he and his wife brought to the St. Louis region in the 1990’s. It featured a 38-foot mobile classroom that contained audio-visual technology and a full-time teacher who educated grade school children about the physical impact of harmful drugs on the body. The award-winning project reached thousands of students throughout the St. Louis region. Joe also was an accomplished amateur figure skater and he loved to play the piano. A devout man of God, Joe deeply believed in the power of faith to heal. Services: Funeral service at the SCHRADER Funeral Home and Crematory, 14960 Manchester Road at Holloway, Ballwin, Wednesday, March 31, 2021 at 6:30 p.m. with visitation from 4:00 p.m. until the time of service. Interment Bellerive Gardens Thursday, April 1, 2021 at 10:00 a.m. In lieu of flowers, contributions may be made to Alzheimer's Association. Friends may sign the family’s on-line guestbook at Schrader.com. The Service will be live streamed. Please join here: https://us02web.zoom.us/j/86234328920#success

The family of Joseph Leo Levasseur created this Life Tributes page to make it easy to share your memories.

Send flowers to the Levasseur family.