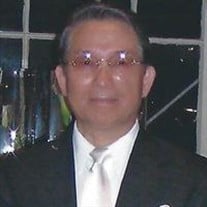 Dr. Hun Bae Son was born on September 19, 1936, in Jeonju, South Korea. He passed away peacefully surrounded by his family on February 14, 2022. Dr. Son was the third of eight children and the second son of Yong Doo and Chong Young Son. He graduated with a Bachelor of Law from Jeonbuk National University and was commissioned as a second lieutenant with honors in the Republic of Korea Army. Following his dream to study in the United States, he traveled across the Pacific Ocean by ship in 1964, a twenty-one-day voyage, with only $200 in his pocket. He went on to earn a Bachelor of Science in Business Administration at Athens State University (formerly known as Athens College) on a full scholarship. His graduate studies brought him to St. Louis, Missouri. At Washington University he earned his Master of Business Administration in 1969 and PhD in Computer Science in 1977. One of the first Koreans to earn a doctorate in Computer Science in the United States, he was also a member and chapter president of the Korean American Scientists and Engineers Association. Dr. Son worked for close to thirty years at Monsanto Company, starting as a Senior Systems Analyst in the Management Information and Systems Department and culminating his career as a Group Leader in Corporate Management Information Systems. Dr. Son valued faith and education above all else. Alongside his wife Eun Hie Paik, he faithfully served as an elder from 1987-2022 and a volunteer acting pastor from 2013-2021 at St. Louis Presbyterian Church. Anyone who spoke with Dr. Son will know how proud he was of his children and their academic achievements. His children’s admissions letters to Harvard University, Cornell University, Wellesley College, and Yale University’s Graduate School of Arts and Sciences hang in the foyer of the family house. He and his wife instilled in their children a deep appreciation for the pursuit of knowledge and excellence. The Son family will fondly remember their father laughing and telling stories around the dining room table; singing in his beautiful tenor voice; cheering for them from the sidelines; avidly taking photos on special occasions; taking pleasure in golf, fishing, nature hikes, and viola playing; and kissing them good-bye on their cheeks. Dr. Son is survived by his wife of fifty-four years Eun Hie Paik; his sons David Won-Ihl Son, Esq. (Katherine Son, Esq.) and Dr. Key Yong Son; his daughter Dr. Elizabeth Won-Kyung Son (Dr. Halla Yang); and grandchildren David Son, Jr., Nate Son, Sofia Yang, Isaac Yang, Oakley Son, and Willow Son. Funeral service at The Mausoleum Chapel, Bellerive Gardens Cemetery, 740 North Mason Road, St. Louis, MO, 63141, at 11am on Saturday, February 19, 2022, with interment afterwards at Bellerive Gardens Cemetery. Arrangements by Ortmann Stipanovich Funeral Home.

Dr. Hun Bae Son was born on September 19, 1936, in Jeonju, South Korea. He passed away peacefully surrounded by his family on February 14, 2022. Dr. Son was the third of eight children and the second son of Yong Doo and Chong Young Son. He graduated... View Obituary & Service Information

The family of Dr. Hun Bae Son created this Life Tributes page to make it easy to share your memories.

Send flowers to the Son family.