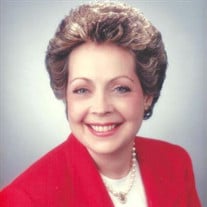 East, Anne Johnson, 69, a philanthropist and accomplished businesswoman, died on Monday, April 13, at her home in St. Louis, Missouri. A native of Chicago, Mrs. East graduated from Duke University and earned her MBA from the University of Chicago while raising a family. Fueled by a relentless work ethic, Mrs. East charted an impressive path over the course of her career. At the age of 41, Mrs. East was selected to be the first president of Biltmore Investors Bank in Lake Forest, Illinois, when it was founded in 1991. She was the first female bank president in state history. The bank, which has since changed its name to Johnson Financial Group, has 45 locations across the country today. She would later go on to open and run her own business, The Wetherall Group, a highly successful private investment firm. Mrs. East also was the Chairman of the Smail Family Foundation, and she served on the boards of the Chicago Lying-In Hospital, Hootie’s Rescue Haven animal shelter, Travelers Aid International and Kent School in Connecticut. She loved to read, was an avid world traveler, and she loved dogs, devoting herself to organizations that cared for and protected dogs. Mrs. East is survived by her husband, James Warren East Jr., her sons, John Leonard East V and James Warren East III (Kristin), and five grandchildren, Emma East, James Warren East IV, John Leonard East VI, Lulu East, and Benjamin East. She is also mourned by two dear family friends, Pat Rudolph and Eugene Hunziker. Services: A celebration of life gathering will take place at a later date. In lieu of flowers, please consider making a donation to Hootie’s Rescue Haven, American Eskimo Rescue of St. Louis, or the St. Louis Philharmonic Orchestra.

East, Anne Johnson, 69, a philanthropist and accomplished businesswoman, died on Monday, April 13, at her home in St. Louis, Missouri. A native of Chicago, Mrs. East graduated from Duke University and earned her MBA from the University of Chicago... View Obituary & Service Information

The family of Anne Johnson East created this Life Tributes page to make it easy to share your memories.

Send flowers to the East family.